This is the program running in the Liebig12 project space in the summer of 2021.

For any further information please write to: aa@astridxaim.eu

A journey into the past and the future of Italo Disco music through the stories of the original 80’s heroes and cult DJs and the voice of the new generation of artists, radio broadcasters and fans ready to carry on the Italo Disco Legacy.

Please send an email to tanzimquadrat@yahoo.it to book your seat, specifying the preferred time slot: 17:00 or 20:00 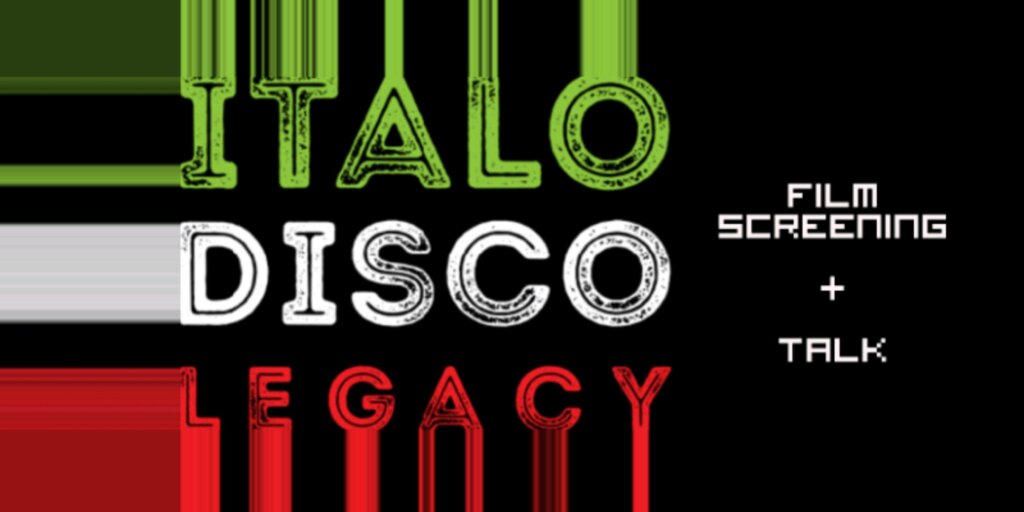 CIRCONSTANCES AGGRAVANTES – showcase ISN
𝗶𝘀𝗻* is Daniel Pastenaci‘s synthwave project. He is a Berlin-born artist with a great passion for synthesizers who recently released a 4 track EP (Objects) on 7″ limited to 50 copies on the DIY Berlin label Circonstances Aggravantes. This is his first show. The 2 records from CA will be available to buy at the event.
Please send an email to tanzimquadrat@yahoo.it 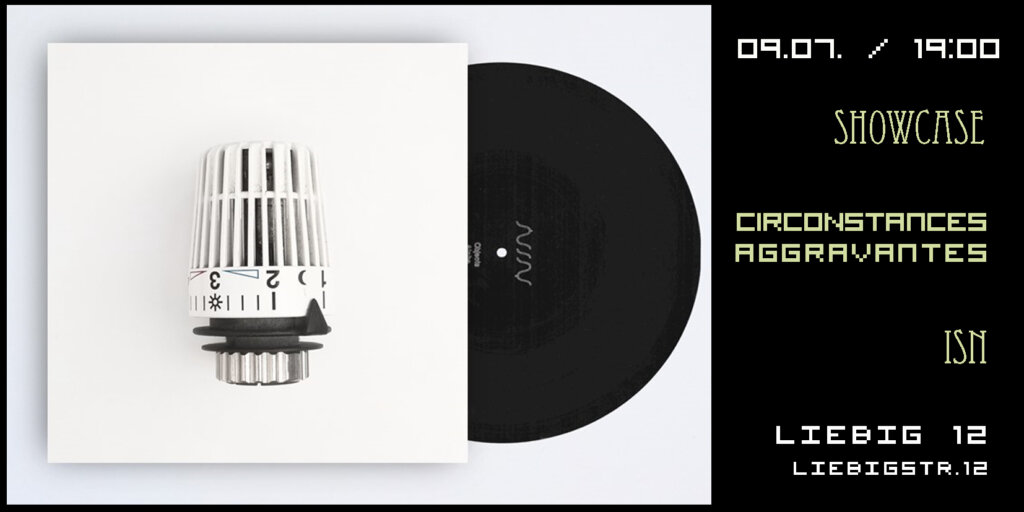 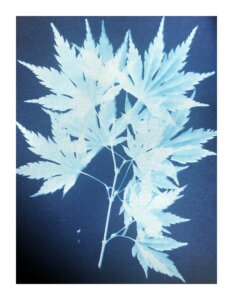 Acratep is the moniker of artist Eugenio Petrarca, created for performance solo
and with collaborators. Memeber and co-founder of the ambient project Ab
uno. His compositions are spontaneous arrangements of modular synthesizers
patch pieces. Acratep research is based on Ambient Music, where each sound
gets its unique sonic character through a combination of overtones, long standing tones, slow movements, shifts repetition and layering. 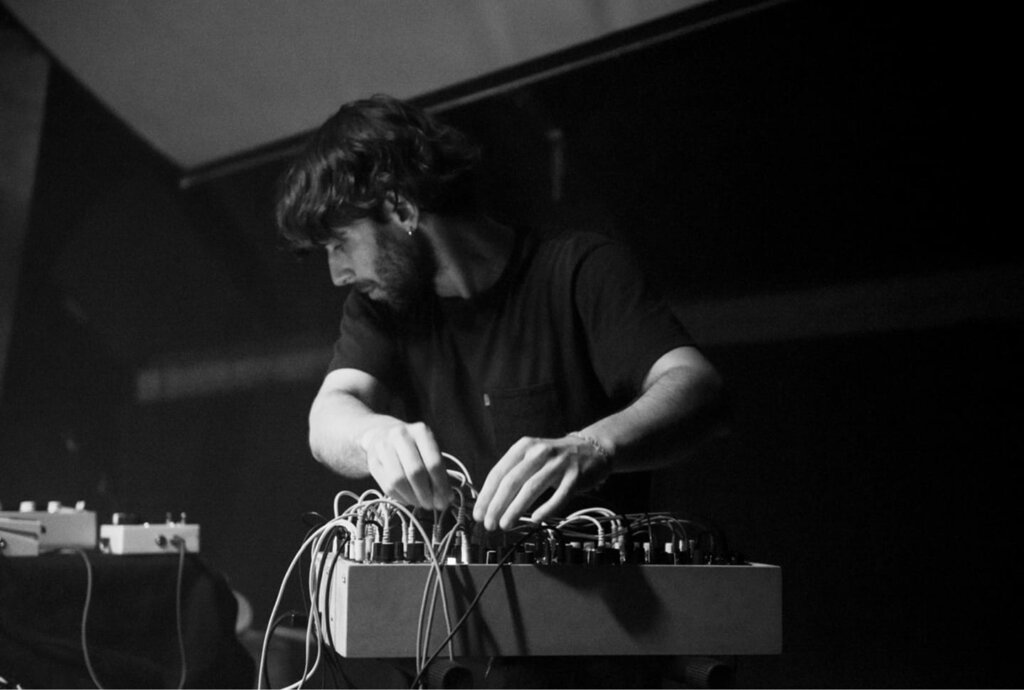 The workshop is open to a minimum of 5 and a maximum of 8 participants. 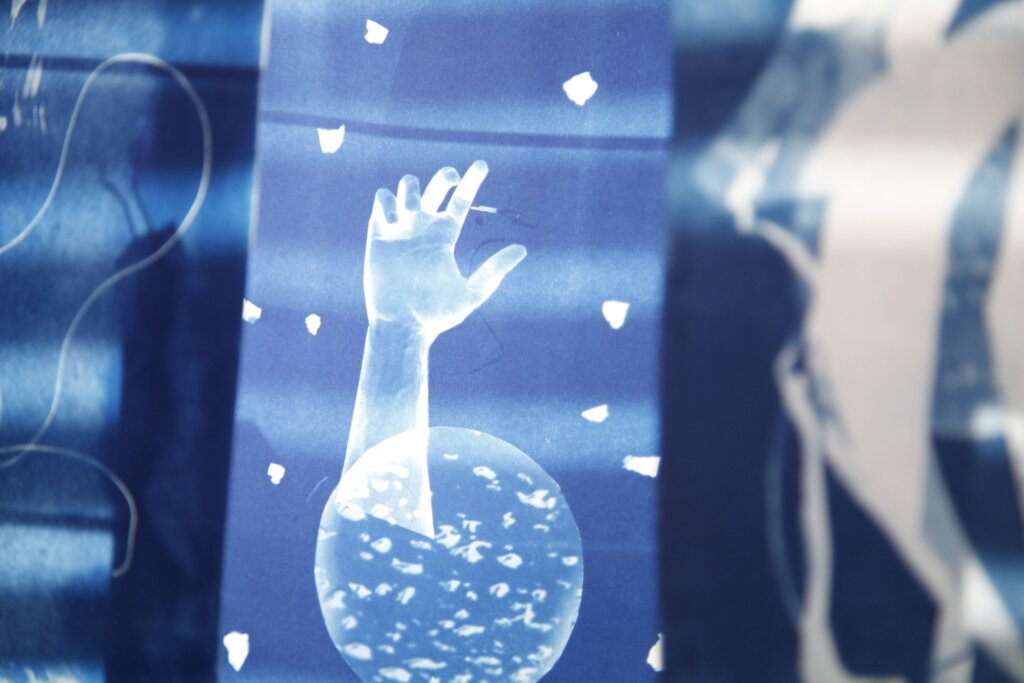 <>
Unpredictable – unrepeatable mix of simultaneous broadcasting from all over the world
The performer Lithium/Lichene explores different corners of the world by playing and mixing on two audio channels a selection of radios which are broadcasted live through a website that allows you to listen to radio stations from all over the world.
Lithium’s selection has been inspired by her travels, her journeys through literature and music and random intuitions. Over time she has explored different FM radio stations to find senders who can offer orientations points for her sonic voyage. 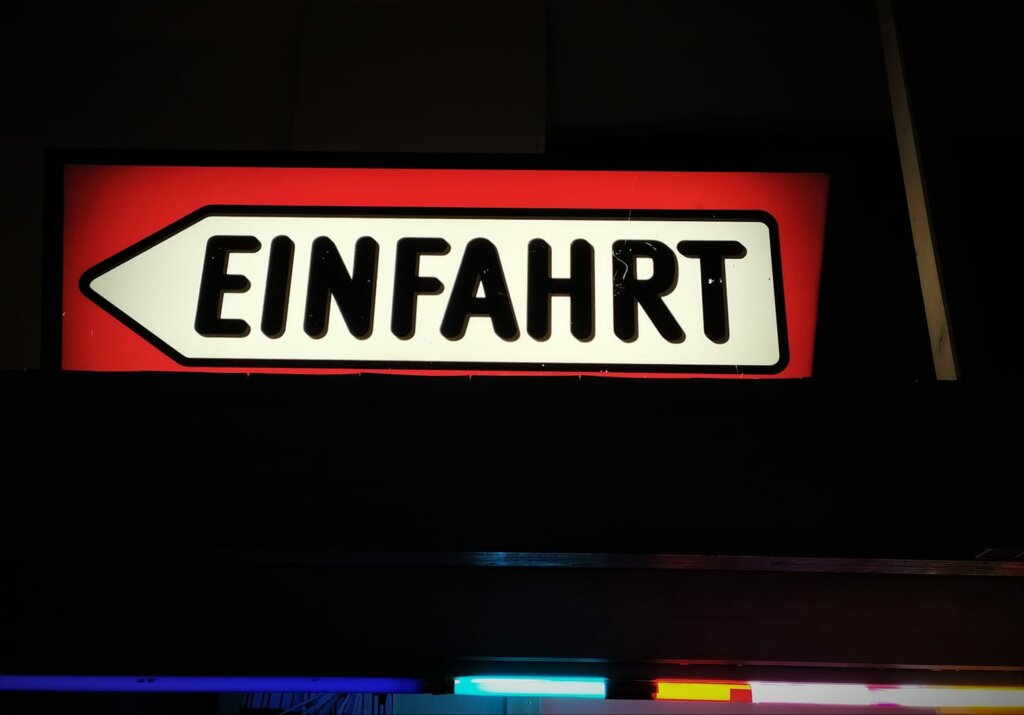 Film screening – THE ROAD TO GOD KNOWS WHERE
In 1989, Berliner director Uli Schüppel embarked on a strange journey across the USA, following and documenting the American tour of Nick Cave & the Bad Seeds. The result is a 16mm wonderful film, in between a behind-the-scenes documentary and a creation of its own. 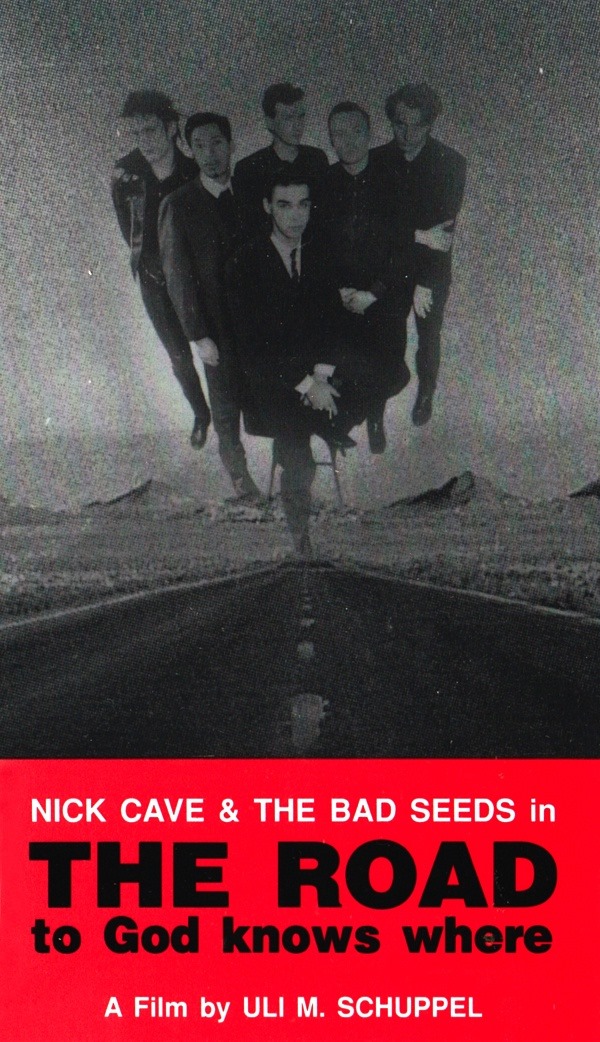 The workshop is open to a minimum of 5 and a maximum of 10 participants. 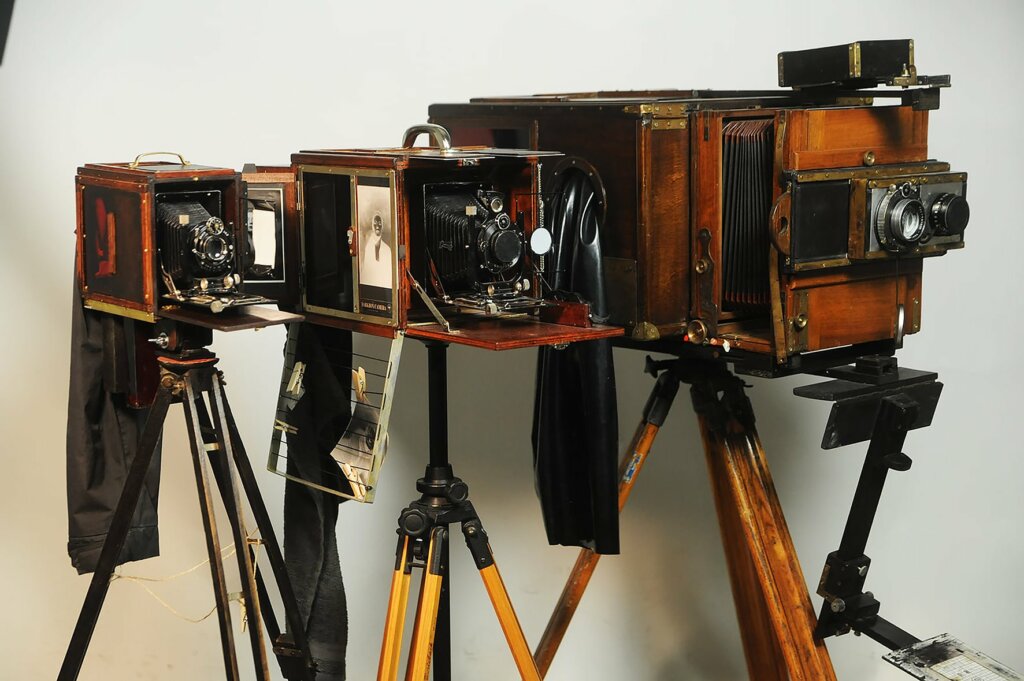 Film screening – ELEKTROKOHLE
The end of the year 1989, a West Berliner industrial band, Heiner Müller, old industrial buildings, and Uli Schüppel’s camera… When all these elements come together, the result is a journey into ground-breaking music and art, behind the iron curtain, at a time when the wall has „fallen“, but East Germany is still standing. This documentary is unique in many ways – it depicts the first ever concert of EINSTÜRZENDE NEUBAUTEN in the territory of East Berlin and was shot in the probably most suspended time&space in recent European history.

„Subculture falls together with big history. This cinematic montage creates a crystalline feeling of the day.” Tageszeitung 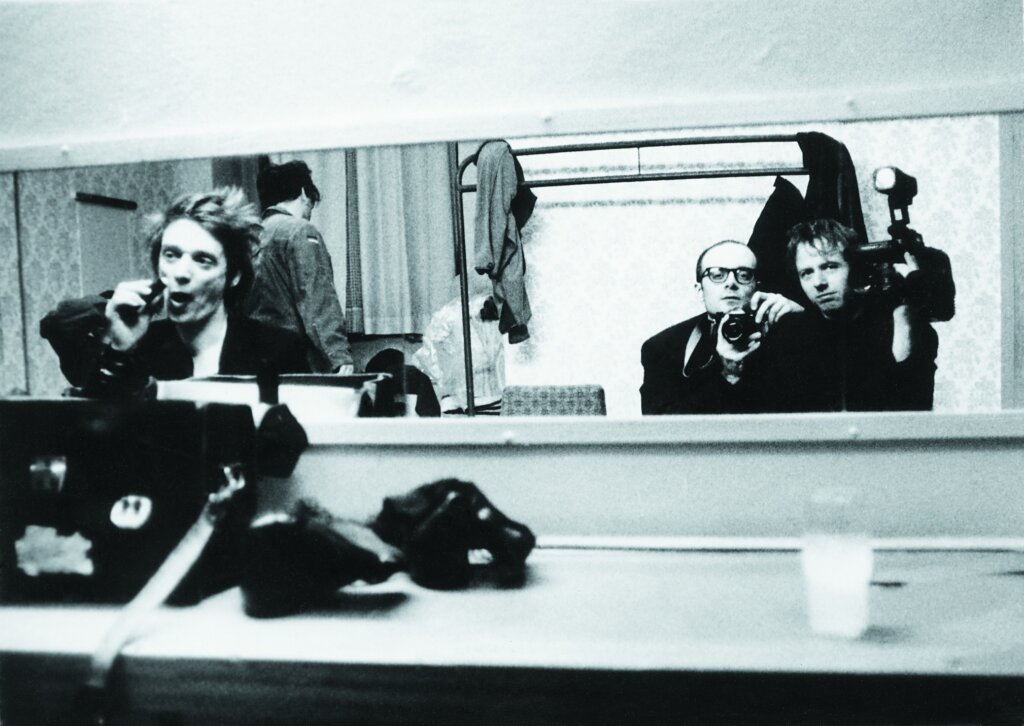 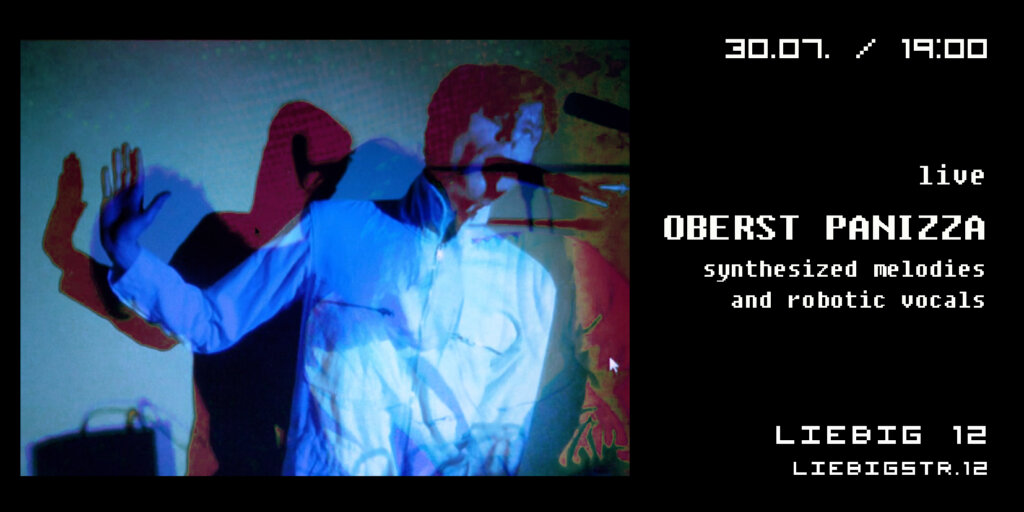 The seminar will introduce the fundamental concepts of modular synthesis, exploring the different techniques and main modules useful for composing a wide range of musical genres in the field of electronics. 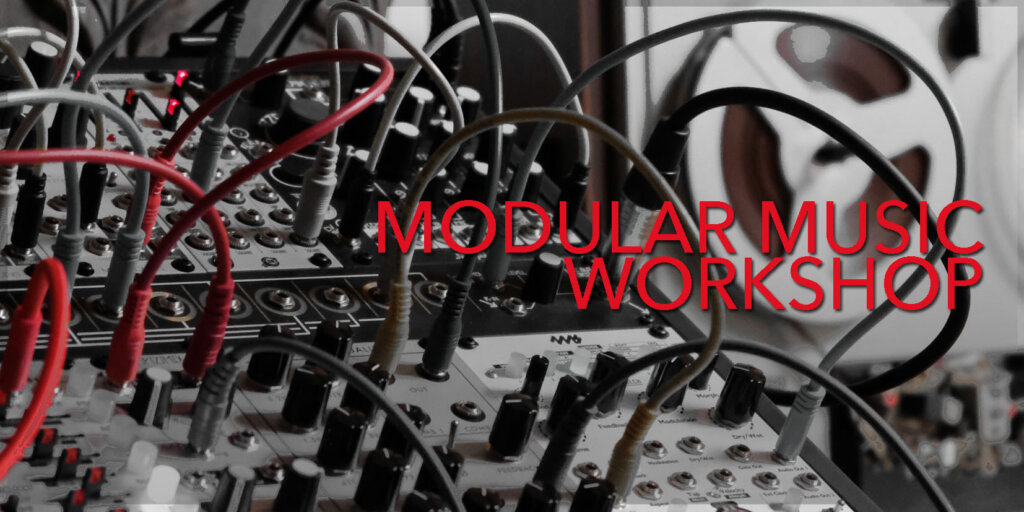 “Signs of the Times – Collecting (biological) memories” is an exercise in material storytelling, in which the artist and researcher Karolina Żyniewicz will guide you to tell stories narrated by our bodies. Her idea is collecting material memories of the time of Covid-19 pandemic as an art&research experiment.

Karolina Żyniewicz is a Polish artist and researcher who explores the liminal area between art and biology. The aim of her practice is understanding life in its broadest sense, by understanding both its biological and cultural meanings.

The workshop is open to a minimum of 5 and a maximum of 10 participants.
Donation: 10EUR
Info&booking: aa@astridxaim.eu 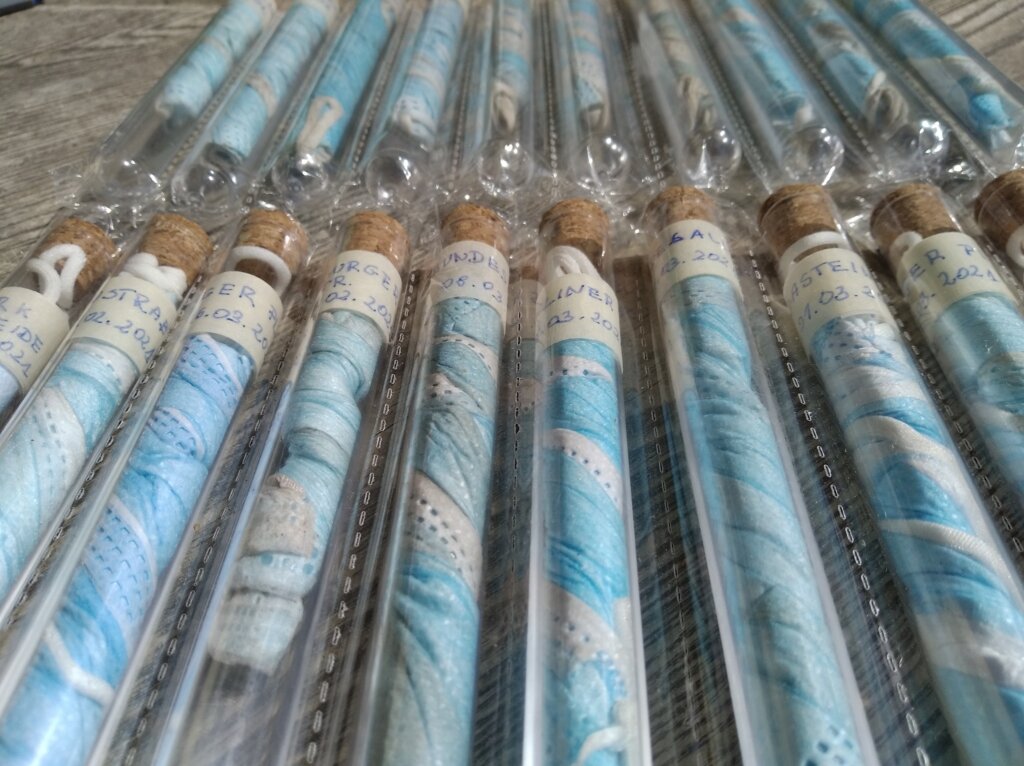 Singer, Vibrational Counselor and Sound Therapist Federica Parente (a.k.a. Florä Päär /Pareal) offers an introduction to Vibrational Medicine fundaments, with a focus on the Central Energetic System and demonstrates the effects of Vocal Toning on a physical and emotional level, promoting active deep listening as a self-balancing technique. The workshop is open to everybody, no musical theory knowledge required.
https://www.facebook.com/aumgardensoundhealing 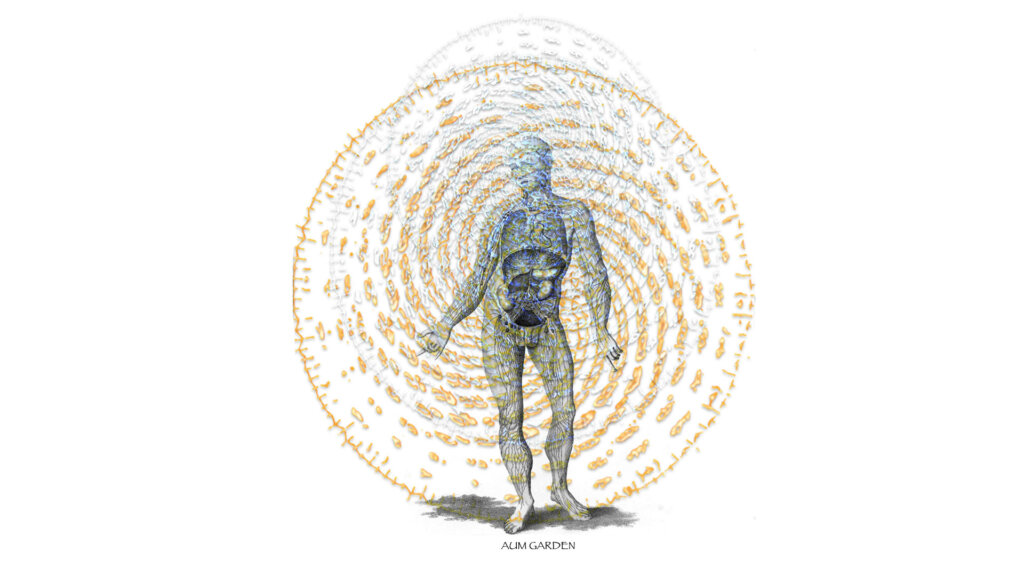 Halfway between documentary and tale, inspired to Uli Schüppel in the Nineties by the endless hole between the east and the west of Berlin, by the people filling it, forming it, who god knows if they know what their work will be giving birth to. And by a poem by Paul Zech, written back before the war, when Potsdamer Platz was full of life and movement.

The Platz does not exist anymore when Uli grabs his camera, except maybe in the memories of people who survived the war, and in the eyes of the artists who try to find its traces.

Uli stops time inside the renovation frenzy and looks at the Platz, explores its many meanings, and his question to the workers is a simple one: WAS IST DEIN PLATZ? Their answers embroider in color the black and white images of the biggest construction zone on the planet.

LIMITED CAPACITY!
Book your spot by writing to:
aa@astridxaim.eu 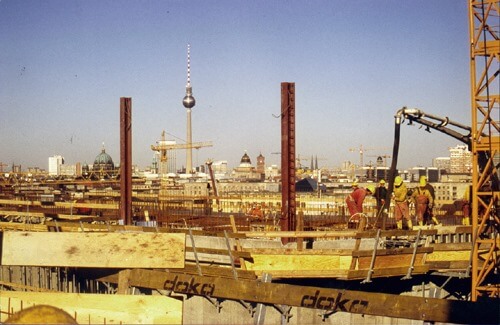 In this workshop, singer, Vibrational Counselor and Sound Therapist Federica Parente (a.k.a. Florä Päär /Pareal) explores the common principles and practices that shamans use to enter a non-ordinary reality for problem solving, well-being, and healing and investigates the essence of Tribal Ritualism, with a focus on the sonic driving with the drum. The aim is to offer a deeper understanding of the ancestral meaning of modern Sound Ceremonies, allowing a reflection on the contemporary clubbing, rave and festivals culture.
https://www.facebook.com/aumgardensoundhealing 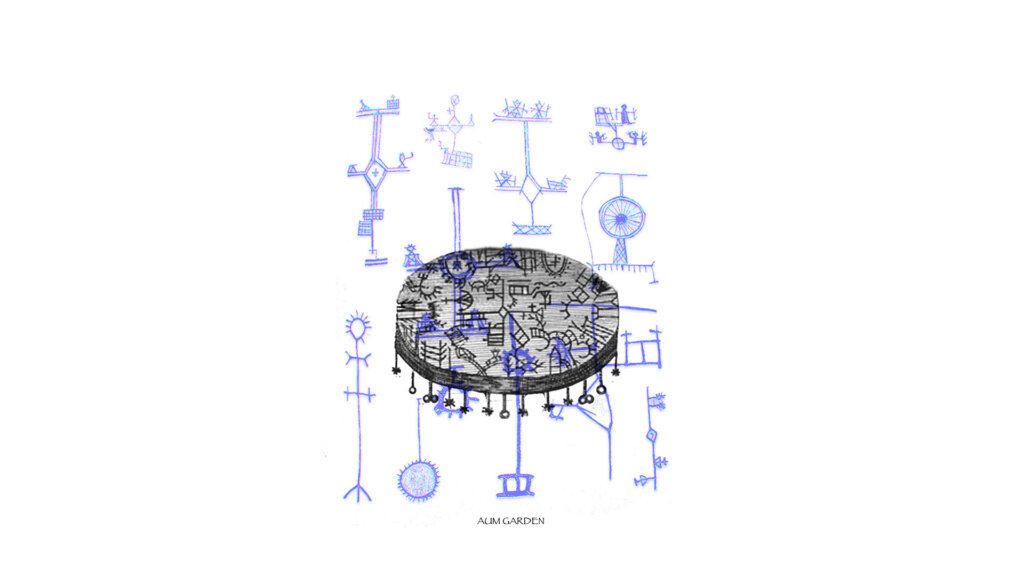 In 2018, Flaviu Tilinca (student of
musicology) and Notorische Ruhestoerung (DIY art-, culture- and
activist*) came together to create Kurt Schwitter’s nearly century-old
sound poem the ‘Ursonate’. Structured like a
sonata, the music consists only of what Schwitters imagines to be the
the ‘Urlaute’ from which all other sounds descend. Fümms bö wö rö tää zää Uuu! 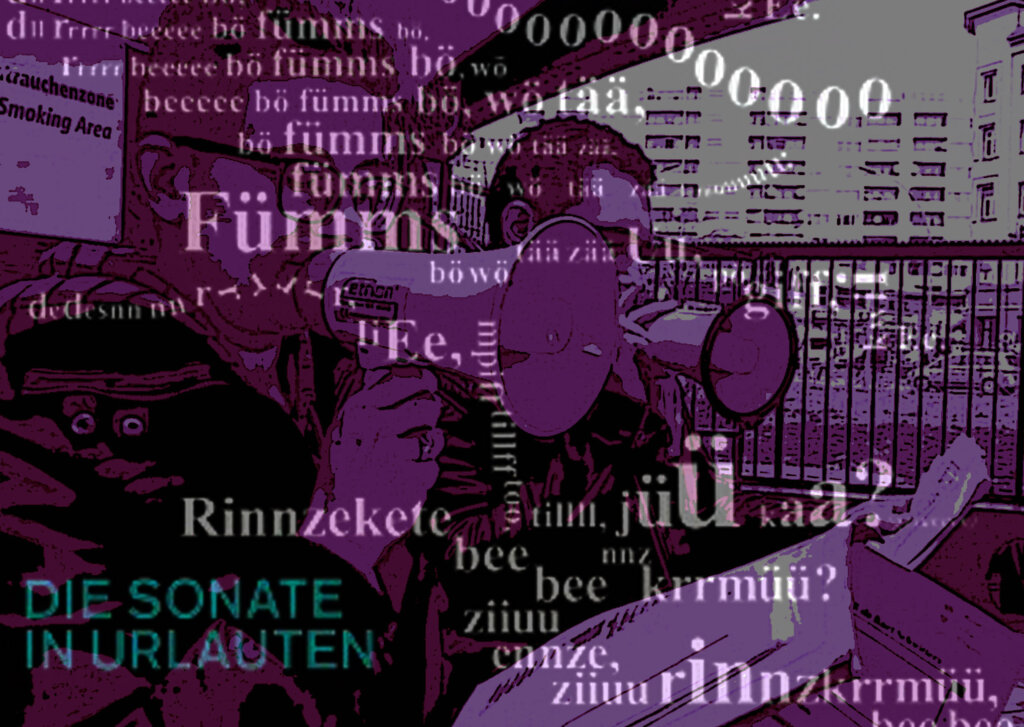 Narrative Sound is designed to give participants an opportunity to develop their ability to compose a fictional path through the use of audio material only. The workshop lays the foundations of creative composition and musical arrangement in relation to photography and still-frame pictures.
Munsha is an Italian musician, composer, sound designer and music educator based in Berlin. She graduated in modern and opera Singing, Composition and Cello, she is a trained sound designer and audio producer for Multimedia.

Level: intermediate
Investment: 120 EUR
The workshop is open to a minimum of 5 to a maximum of 10 participants.
http://www.munsha.it/ 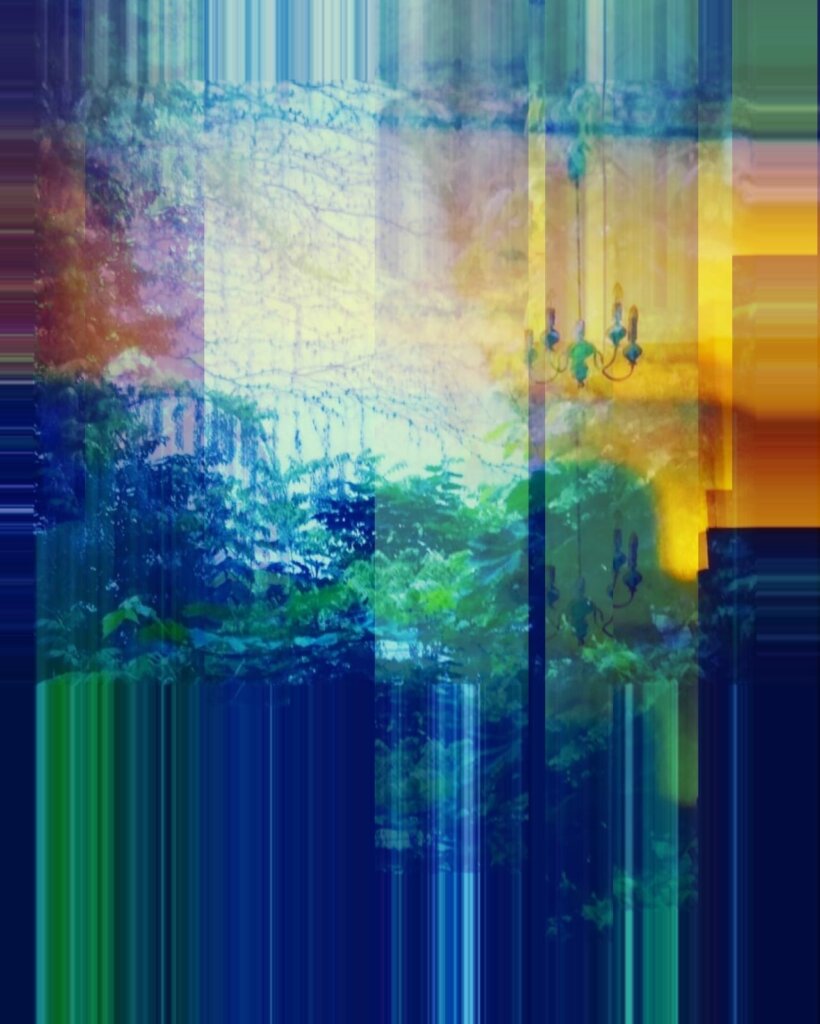 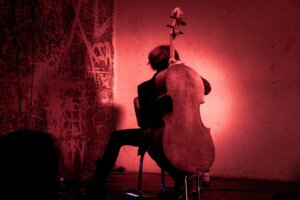 TRACES OF THE AVANT-GARDE: Bob Rutman

In this talk and listening session, Marialuisa Bonometti will go through Bob’s life in music, from his first endeavours with the Central Maine Power Music Company to the U.S. Steel Cello Ensemble, trying to place him in the broader context of post-war avant-garde by presenting a small selection of videos and compositions.
Entrance is free and registration is required.
Very limited spots available!
Booking: marialuisa.bonometti@gmail.com 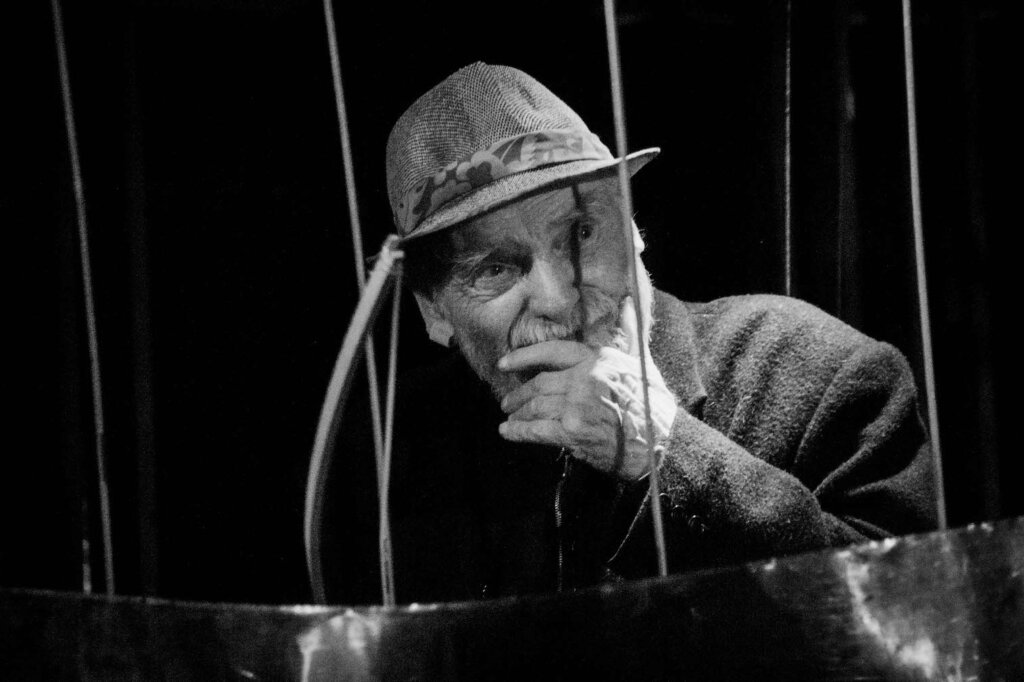 Summer 86
The ideas for the script were created in a couple of nights. Usually, I sat in the same corner at “Hansa-Studio”. Bands like “Einstuerzende Neubauten”, “Nick Cave & The Bad Seeds” and “Crime and the City Solution” were recording their albums after another. I only had to close my eyes and the projector was running, like weeds images grew emberantly to the background of the new sounds. I felt the mood, the quiet-intensive atmosphere that the film was to carry with it. The parabel and the baladesque was created. The expressive strength and poetry of the picture was to be more important than the story and action.

[…] An illusion of losers who become heroes. No aim (which?) is relevant anymore. Only the movement…” (Uli M Schueppel, Excerpts from “Chonicle of an unexplored film”, 1988)

LIMITED CAPACITY!
Book your spot by writing to:
aa@astridxaim.eu 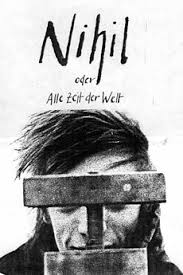 Grid (N ) and _Airone_ will present the work inspired by Aldous Huxley’s reducing valve theory.
According to this theory, every individual is a victim of the linguistic tradition which creates a grid in everybody’s mind in order to reduce the awareness belonging to Mind at Large.
Musically, this is in contradiction with the usual structure of magical/hypnotic/mystical music, where repetitive sounds and rhythms are the main building block. This ambitious project aims to tune the audience to bypass the reducing valve by even destroying the squared (into the grid) way to compose music.

Book your spot by writing to:
tanzimquadrat@yahoo.it 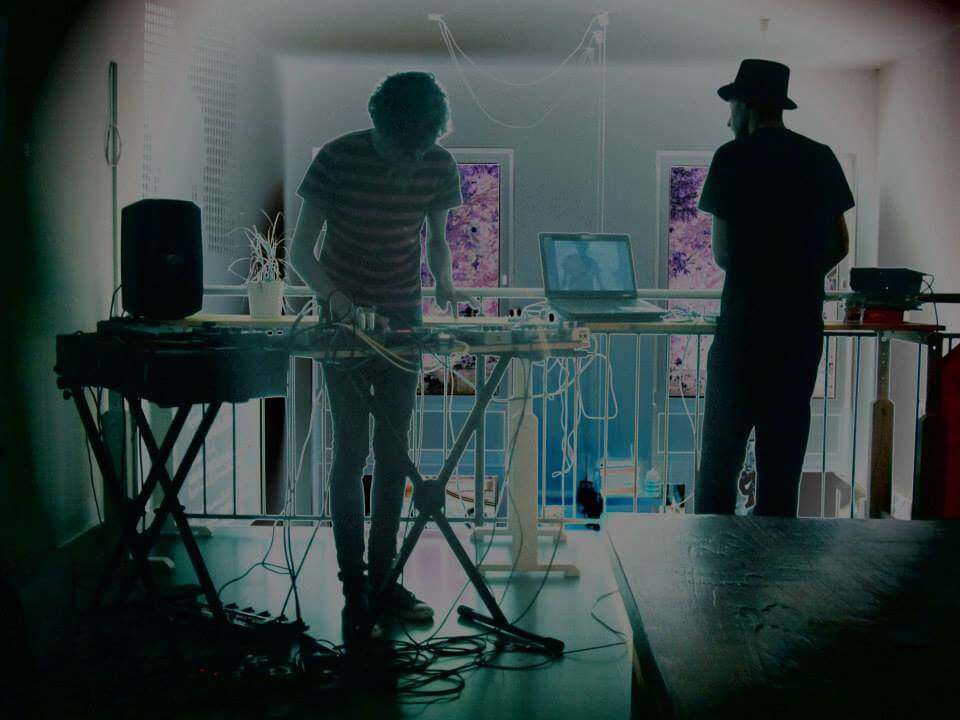 Book your spot by writing to:
tanzimquadrat@yahoo.it 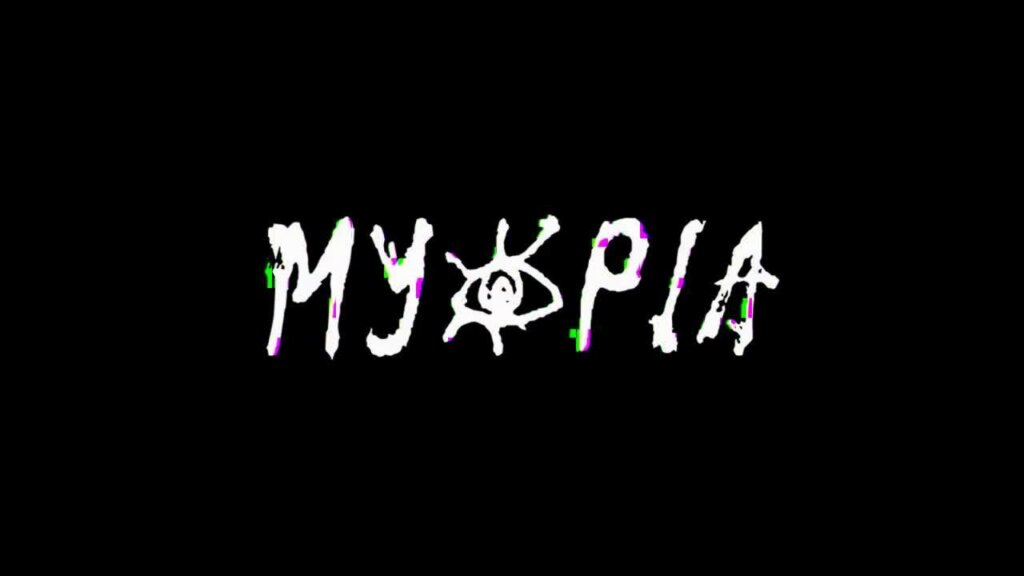 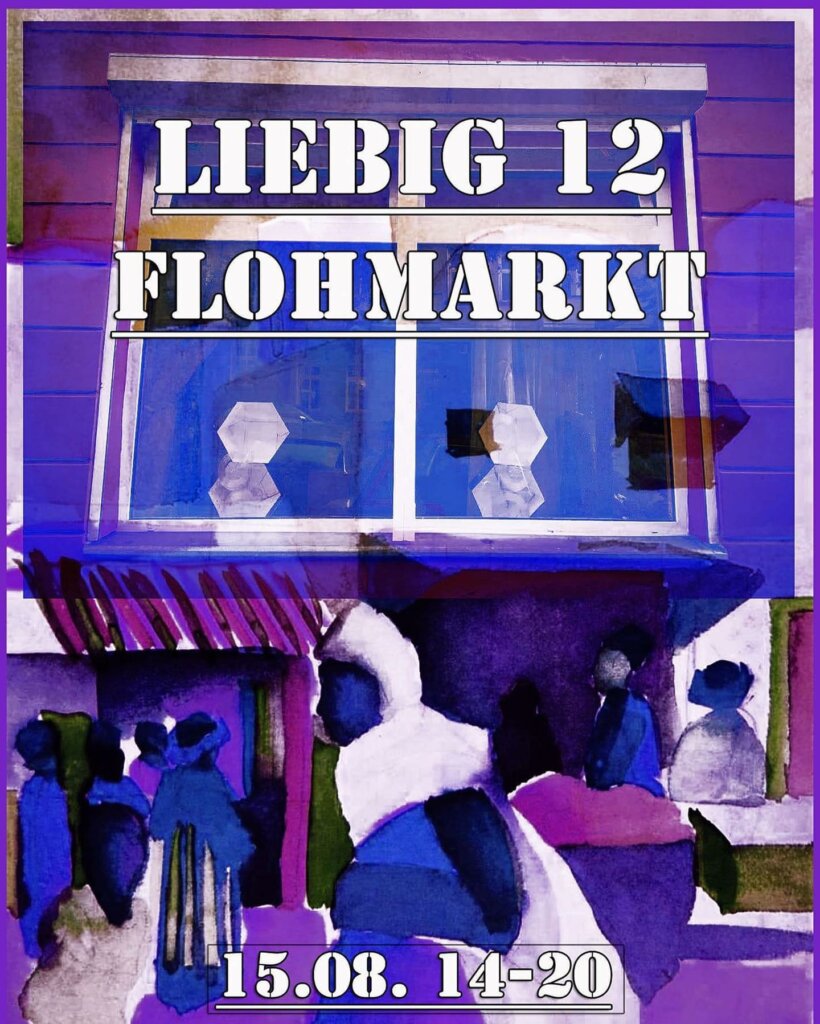 AUM GARDEN  is a holistic project with the aim of spreading sonic awareness, created by the Singer/Vocal Performer, Vibrational Counselor and Sound Therapist Federica Parente (a.k.a. Florä Päär /Pareal), part of Accademia di Medicina Vibrazionale of Milan and UK Vibroacoustic Association in London.  Rooted in the knowledge of Chinese Medicine, Vedic and Tibetan traditions, Core Shamanism and Music History, Aum Garden Sound-Therapy finds its expression in a spontaneous approach to ancient vibrational practices in the frame of a contemporary ambient sonic imaginary. 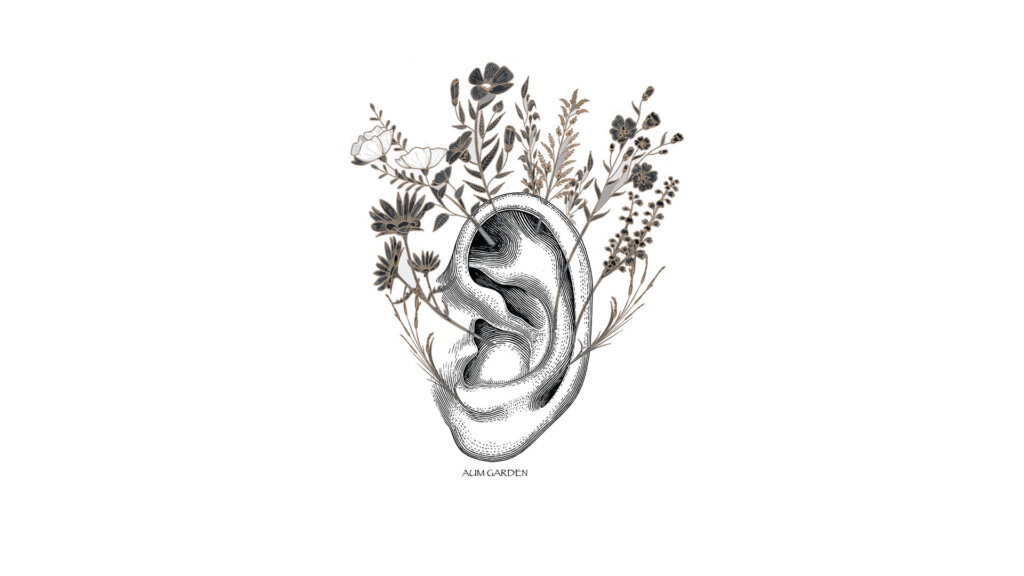 18.08_6 to 7pm
MYOPIA STUDIOS presents:
[live]
Daria Leere creates her music, using analog and digital sounds from the 80s, following the postmodern concept of emptiness: “We come out of nowhere and move towards emptiness. Emptiness is in me, emptiness is a question without any answers. Reality is the dynamics of cause and effect. Emptiness is everything and nothing. Everything is composed of various, constantly regrouping components and therefore subjected to transience and change. Nothing is everything.”
Bandcamp: https://leere1.bandcamp.com/music
Instagram: https://www.instagram.com/darialeere/
Facebook: https://www.facebook.com/emptiness2016
FB Event 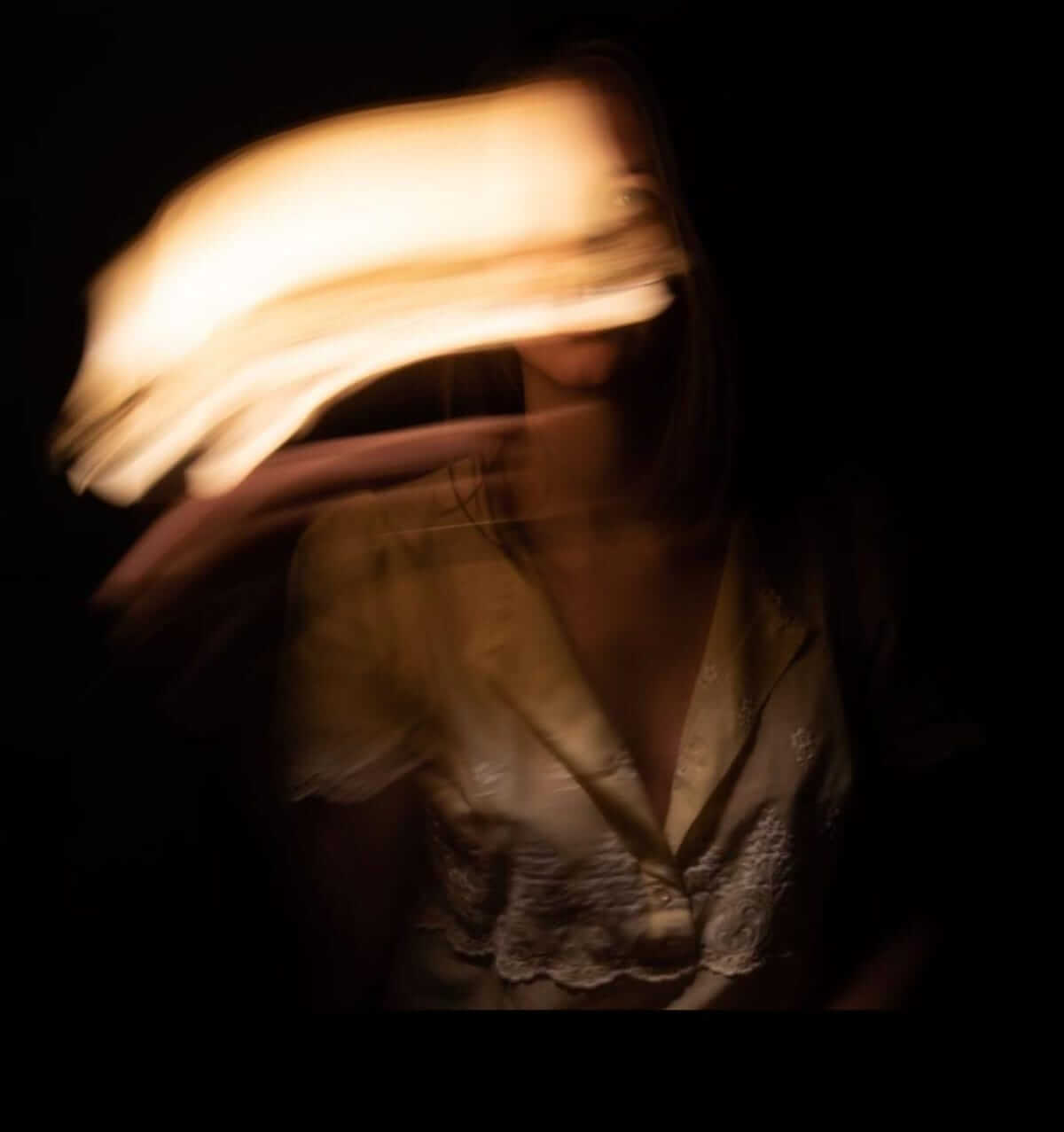